It is a part of their history that Spanish people do not like to speak of too much. La Guerra Civil, The Civil War. For those of you reading this who have absolutely no idea that there even was a civil war in Spain or for those of you who need to refresh your memory, the Spanish Civil War was a great conflict between the Republicans who were loyal to the democratic, left-leaning Second Spanish Republic and the Nationalists, a conservative group led by dictator General Francisco Franco – I’m sure that that name must ring a bell – that took place between the 18th of July 1936 until the 1st of April 1939, when the last of the Republicans surrendered, and Franco became the ruler of Spain until his death in 1975.

The civil war in Spain

A group of generals of the Spanish Republican Armed Forces declared military opposition – known as the pronunciamiento – against the Republican government. The coup that started the Civil War in Spain on the 17th and 18th of July failed in Málaga, Jaen and Huelva but succeeded in Córdoba, Granada and the capital city of Andalusia, Seville. Sevilla became one of the most important bases of the rebel troops, who from there started advances towards Huelva, Madrid and Málaga.

The leader of the coup in Seville, Queipo de Llano, came to Seville in a tour of inspection. On the 18th of July he entered the office of republican general Villa Abrile and arrested him. After that the artillery regiment and Civil Guard in Seville joined the rising and opposing police and assault guards were executed. 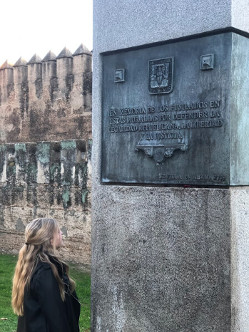 The workers of Seville withdrew into their own districts of Triana and La Macarena and built barricades, but they didn’t have many weapons. A few days later, the rebel troops bombed the working class districts of Seville and entered them, using women and children as human shields, thus starting a bloody repression. They killed anyone they encountered, and in the months that followed the executions continued – approximately 3000 to 6000 people were executed. Most of these executions took place next to the ancient city walls. People were lined up outside the city gates, against the walls and executed one by one. If you walk past the city walls you will find this plaque, put up in memory of the lives lost during this awful period Seville’s history.

On the 18th, the first day of the coup, a crowd of militants and sympathisers of the left-sided organisations took to the streets to defend the government and attack suspected rebel supporters. Two, maybe three priests were lynched. Twenty houses of aristocrats and rich families were looted and burned to the ground. At 16:00 they started burning a few churches, among them were the churches pictured here. From left to right:  San Román, Santa Marina and San Marcos:

To this day, so 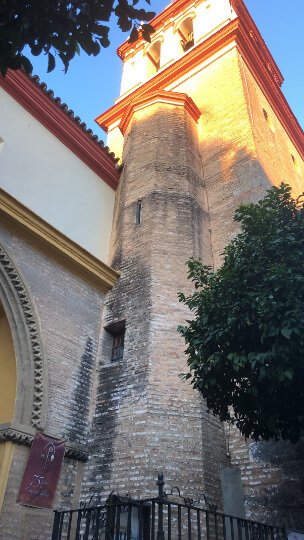 me traces of these fires can still be seen on the sides of the building, as you can see in this picture of La Iglesia de San Gil, located close to the Macarena district. But, as I said in the beginning, this is a black page in the history of Seville and Spain, one that the people here do not like to speak of, to not open old wounds.